- Solve by graphing.
- Solve by substitution or elimination method.
- Use a system of two linear equations to solve an applied problem. 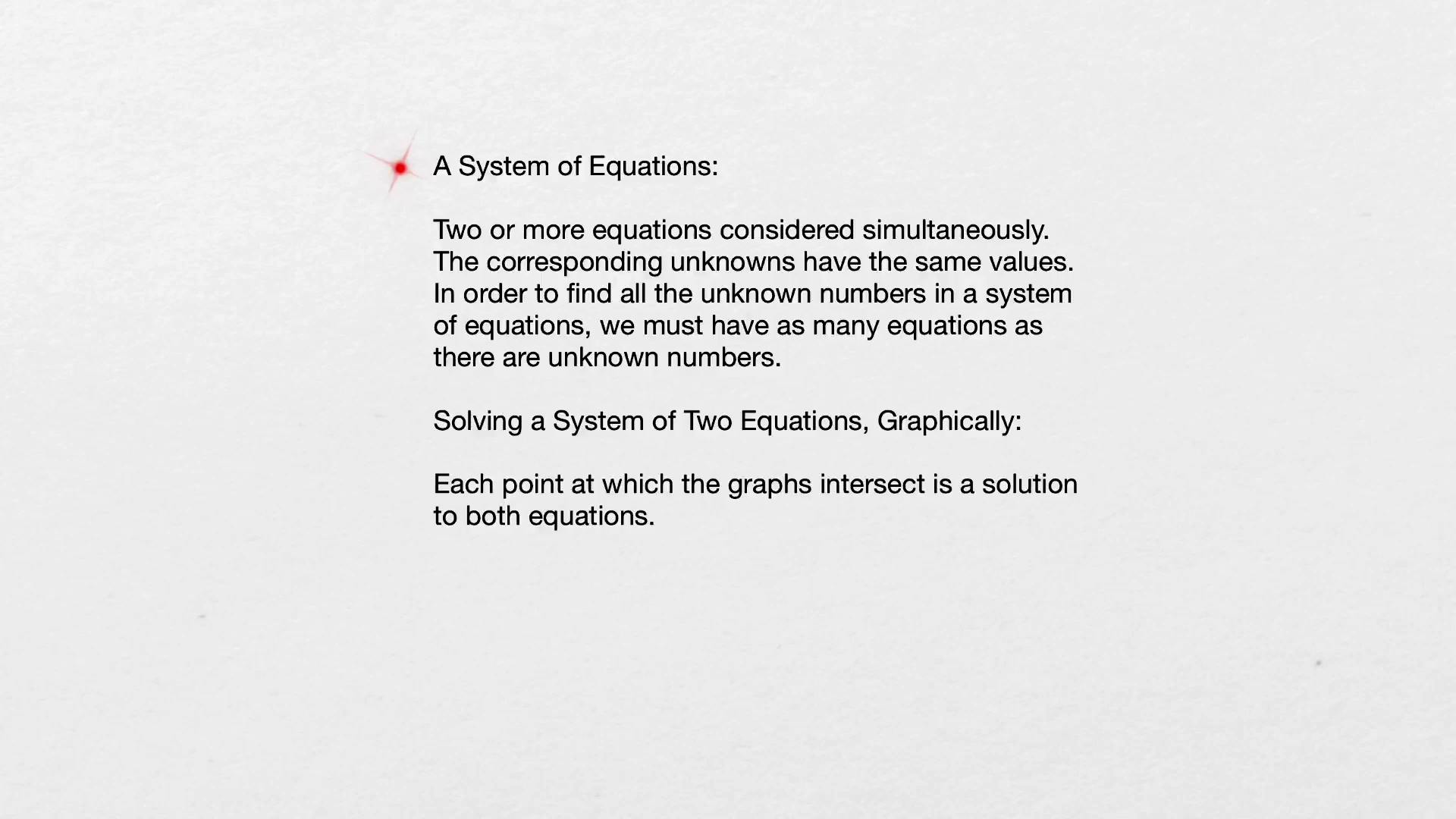 Solving a system of equations graphically:

Each point at which the graphs intersect is a solution to both equations. 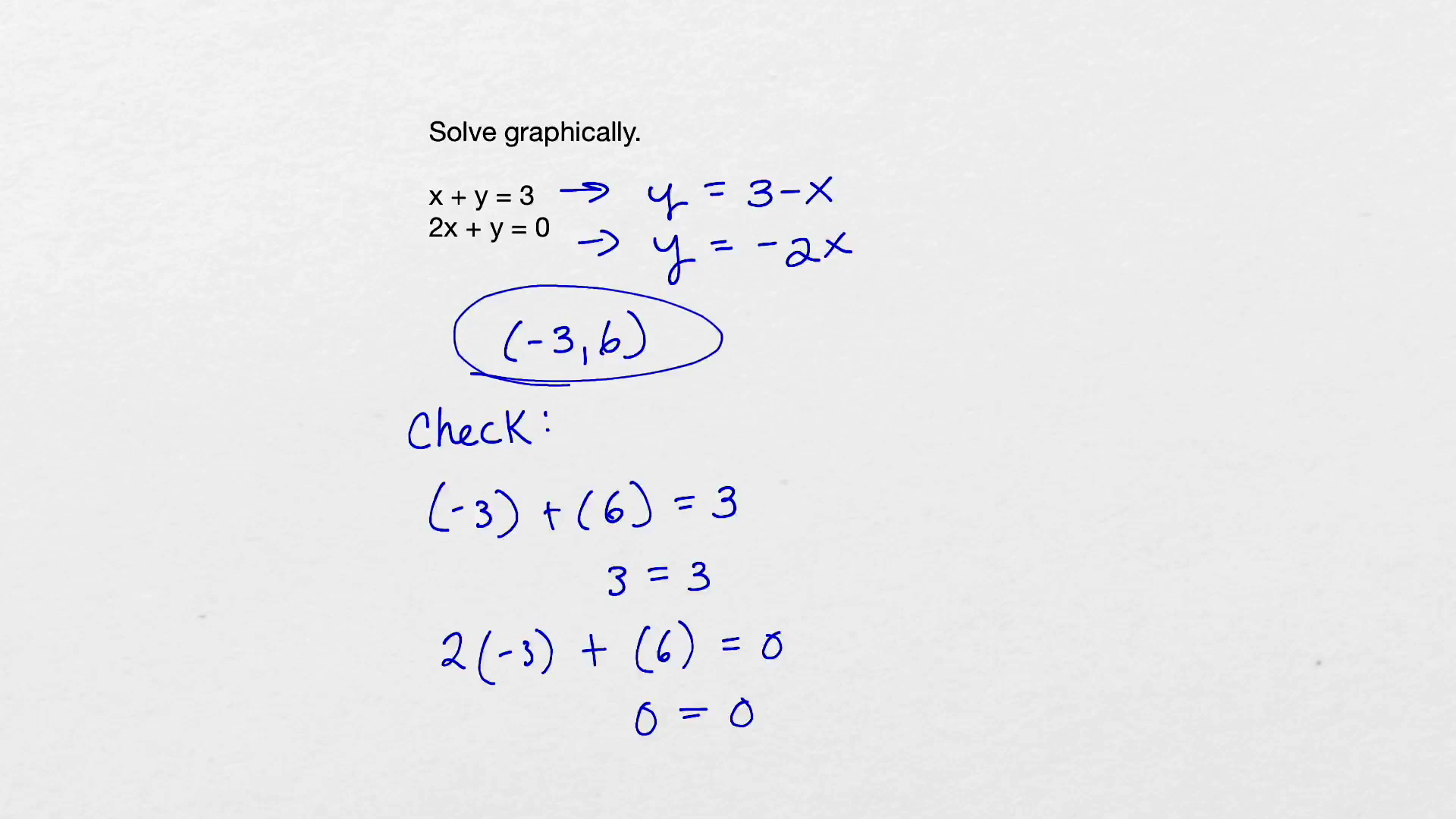 Now you can plug these equations into your calculator, under `y=`. And use your calculator to determine the point of intersection. The graphs intersect at a single point, (-3, 6). So (-3, 6) is the solution of the system of equations. 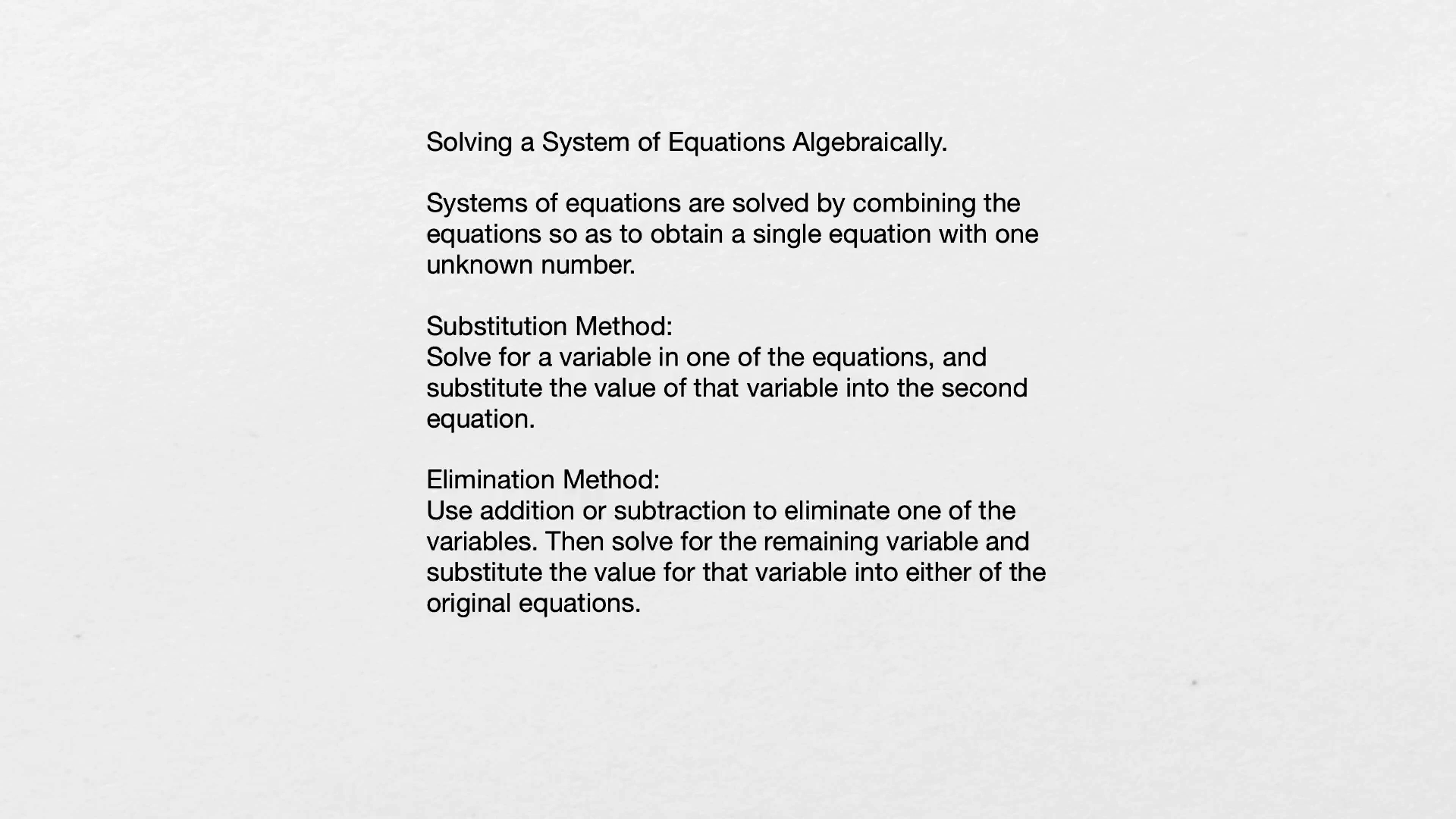 Solving a system of equations algebraically:

Systems of equations are solved by combining the equations so as to obtain a single equation with one unknown number.

And you can accomplish this by substitution or elimination. In substitution, we solve for a variable in one of the equations, and substitute the value of that variable into the second equation.

In elimination, we use addition or subtraction to eliminate one of the variables. And then we solve for the remaining variable and substitute the value for that variable into either of the original equations. 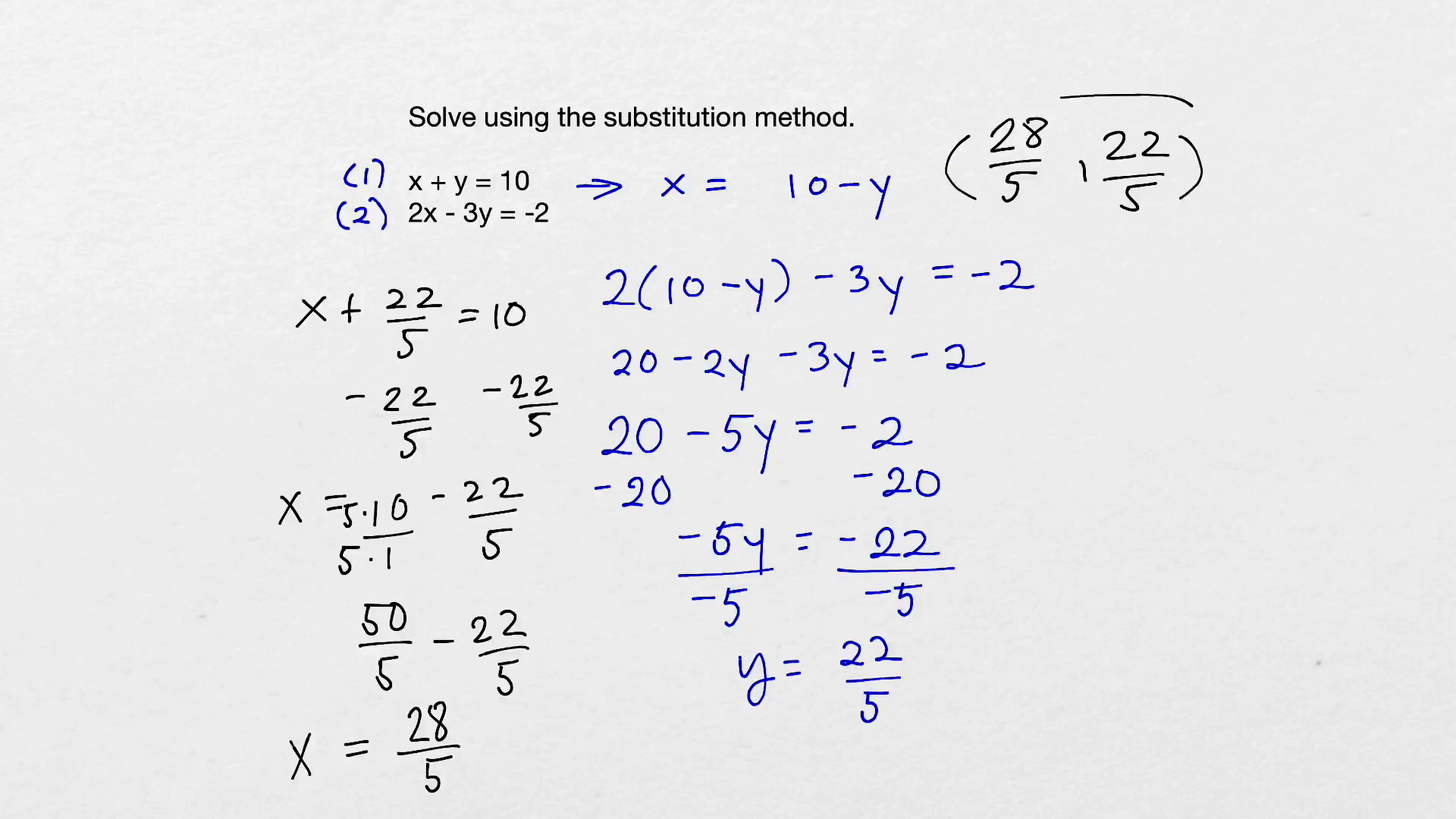 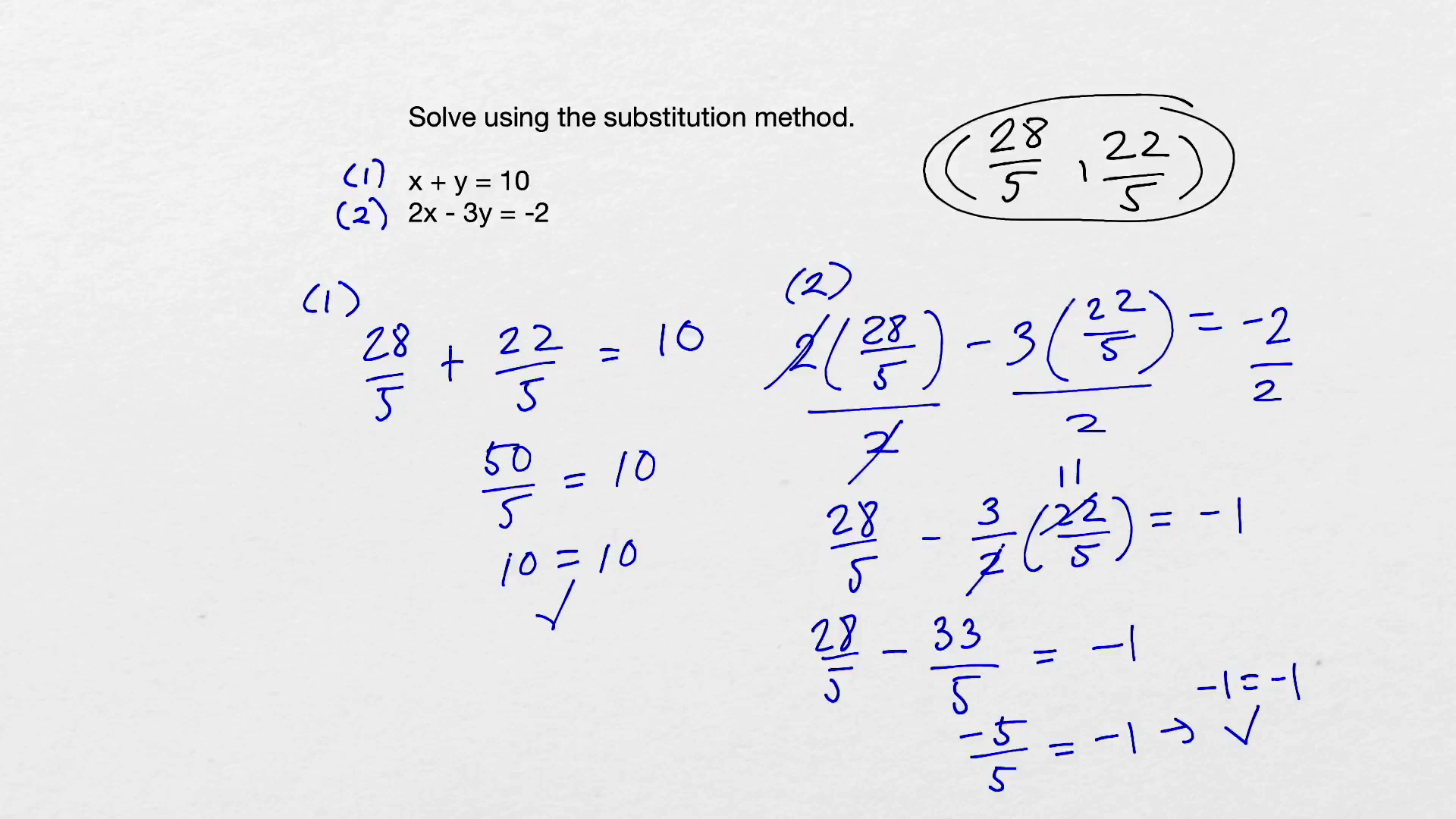 And now we can check our solution by plugging into both of our equations. 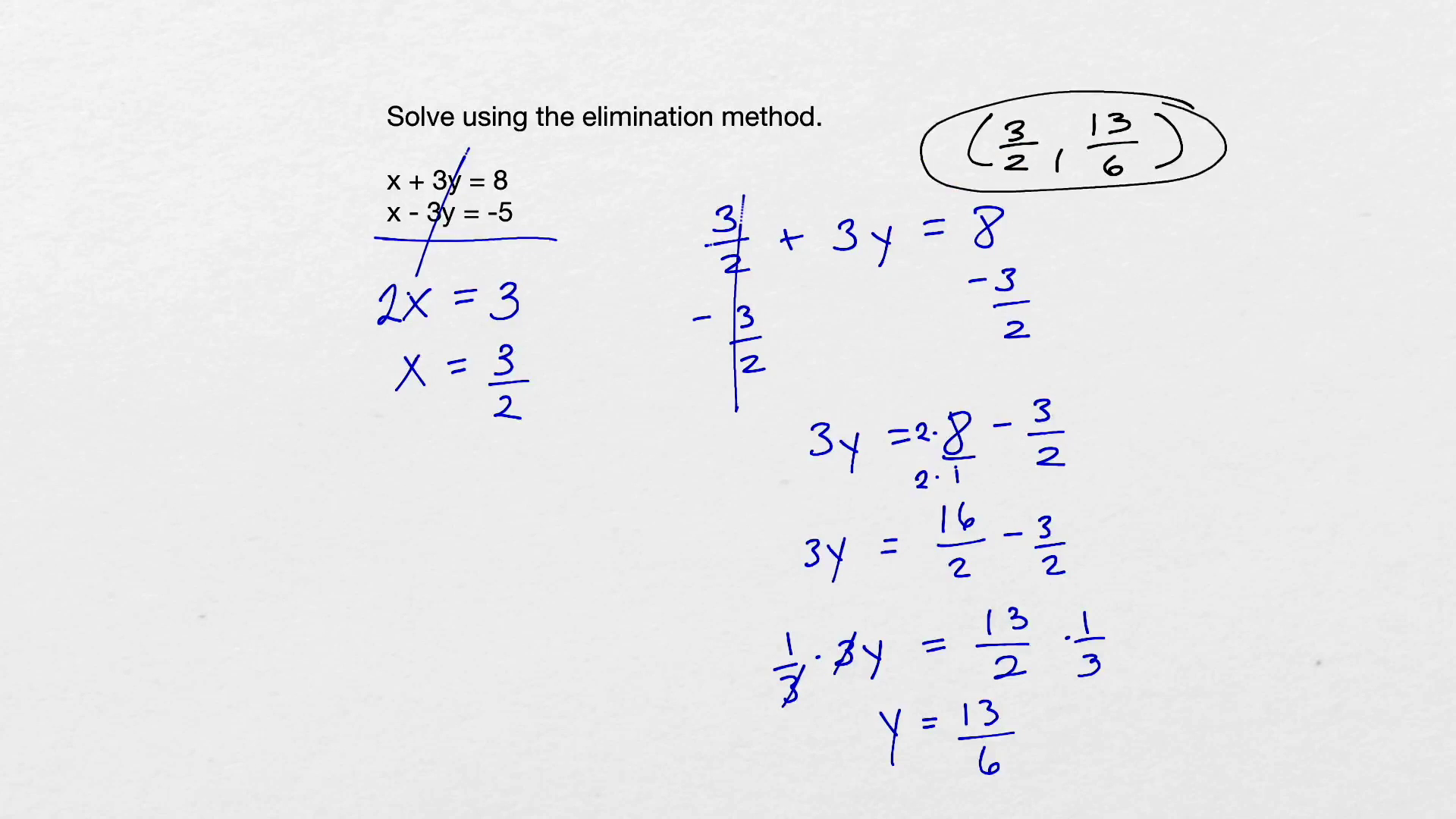 Solve the following system of equations using the elimination method. 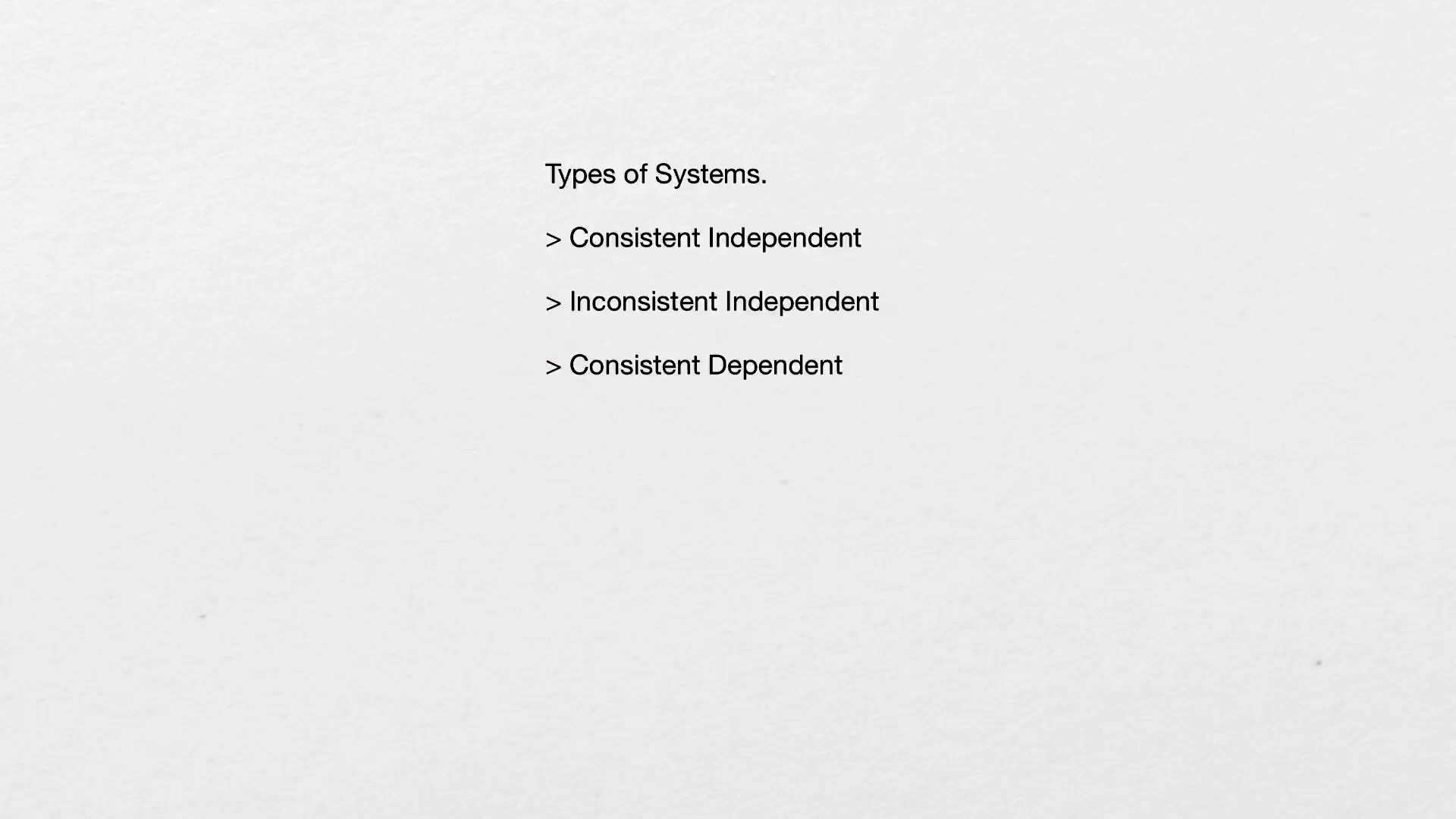 There are three types of systems.

The last question we did was called a Consistent Independent System, because there was exactly one solution, or one common point between our two equations. If you were to graph the equations, you would see that we have two perpendicular lines.

Another type of systems is called Inconsistent Independent. Now this is a graph of two parallel lines. There are no common points and no solutions. 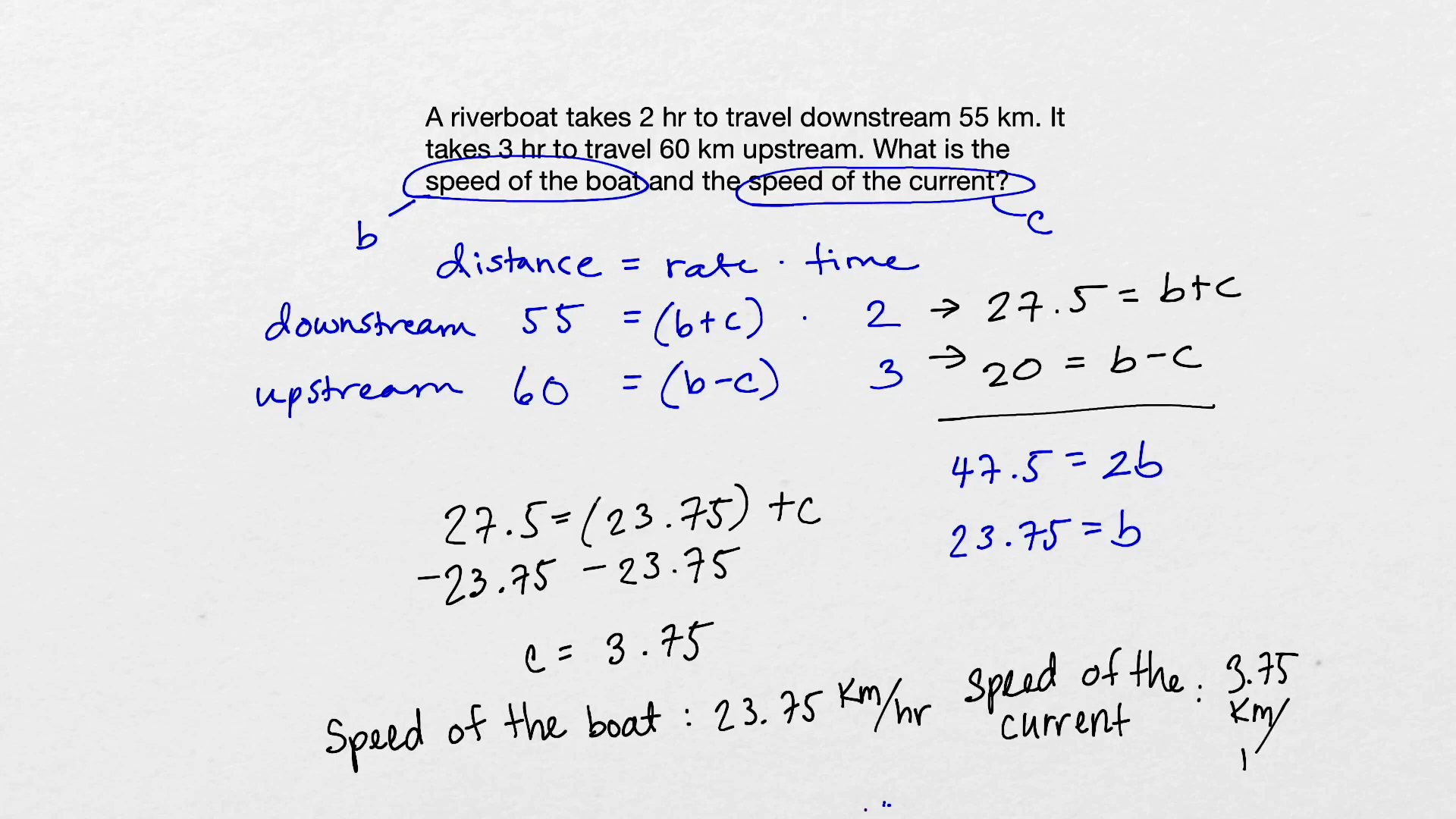 We'll need to translate our situation using mathematical language by creating more than one equation with more than one variable. So notice that we're given a time and a distance. Time and distance are related by the following equation: `"distance" = "rate"*"time"`.